Next to the Brigham Young University-Idaho campus, the Rexburg Temple soars five stories high above the hill that it rests on. It is one of the most lovely, remarkable buildings in this agricultural community and it has a spectacular view of the town. The temple is built with beautiful white stone that seems to glow. Temples are constructed and carefully placed to be seen as a beacon for the community. Just West of the temple are simple, beautiful gardens that are open to the public to enjoy and to also ponder & meditate.

The Church of Jesus Christ of Latter Day Saints began construction on the Rexburg temple in late 2003 and was finished later in 2008. It was the third temple built in Idaho and the 125th operating temple worldwide. Only the finest materials are used in the construction of these temples and the Rexburg Temple has wood imported from Africa and tile brought from Israel. Most temples have a motif that resembles the area. The Rexburg Temple has a wheat motif that is noticed in stained glass, murals, and wood carvings. If you look very closely, on top of the temple spire is a gold leafed statue. The statue is of Moroni, one of the Book of Mormon prophets who lived in the ancient Americas.

Upon completion, the community was invited to tour the interior and learn about temples and the work done inside.  There were over 200,000 visitors that attended.

Mormon temples are a key part of the religion and the church strives to have a temple within 2-3 hours of all of it’s members. This building is truly a landmark for Rexburg. You can see it atop its hill almost anywhere you go. At night, it is lit up and stands as a beacon for all who look at it.

Note: The temple is not open to the public, but all are welcome to tour the grounds. 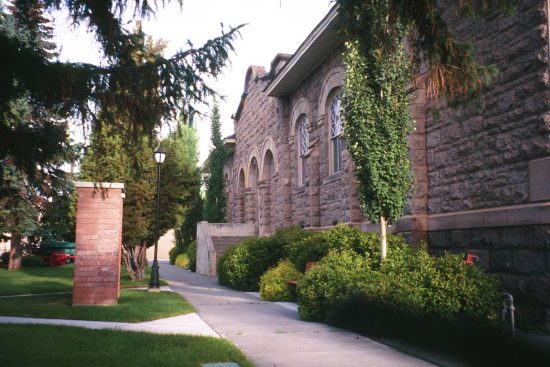 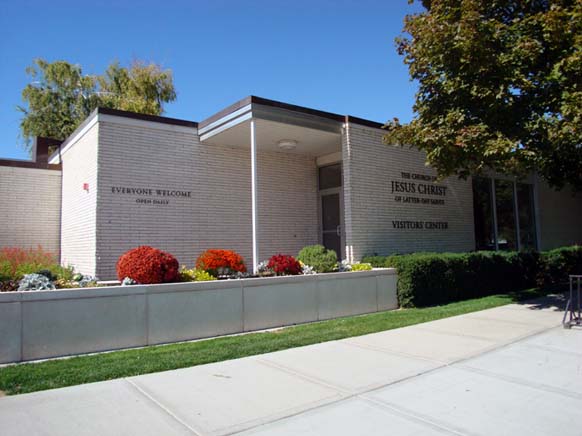 The Church of Jesus Christ of Latter Day Saints Visitor’s Center houses exhibits on messages from modern prophets, the importance of families, and the Book of Mormon. You can come visit missionaries…