The Civil Defense caves are lava tubes. Lava tubes are formed when molten lava flows steadily in a confined channel for many hours or days. The flows develop a solid crust or roof as the lava on the surface starts to cool and harden. When the source of lava stops flowing, the lava in the channel eventually flows out, leaving a tube behind and a relatively flat floor. Because of the insulating qualities of Lava, the interior of the caves is cold, even on the hottest days of the summer. Lava tubes are common in eastern Idaho.

From the entrance, the cave goes in two directions. The easiest section of the cave heads to the southeast underneath the parking area. After scrambling over the large rocks in the entrance and over the fields of ice, the floor of the cave is generally flat, though not very smooth. Most of the way there is ample headroom. If you continue to the end you will occasionally have to scramble over large rocks that have fallen from the ceiling. The more adventurous person can explore the narrow parts of the cave such as “Fat Man’s Misery.”

The Civil Defense caves are awesome for everyone. It might be the first and last time that many people will go into a lava tube. We ask that you practice the “Leave No Trace” ethics on your adventure.

*The sign is no longer there. You will reach a point where a small pile of rocks will be your only marker for the turn-off. While driving down the dirt path, keep to the right until you see the definite fork in the road. Then use the above directions as is.

The Ice Caves are a fantastic way to spend time during the hot summers. Originally lava tubes, the caves have developed year-round ice. It is suggested to wear a jacket, warm clothes… 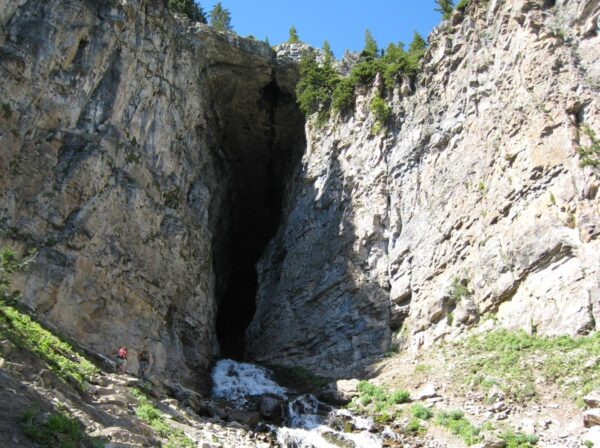 Wind Caves Idaho Beautiful scenery, a pleasant hike, and a rewarding cave all describe the moderate hike to the Wind Caves Idaho in Darby Canyon. In the summertime, you will see patches…